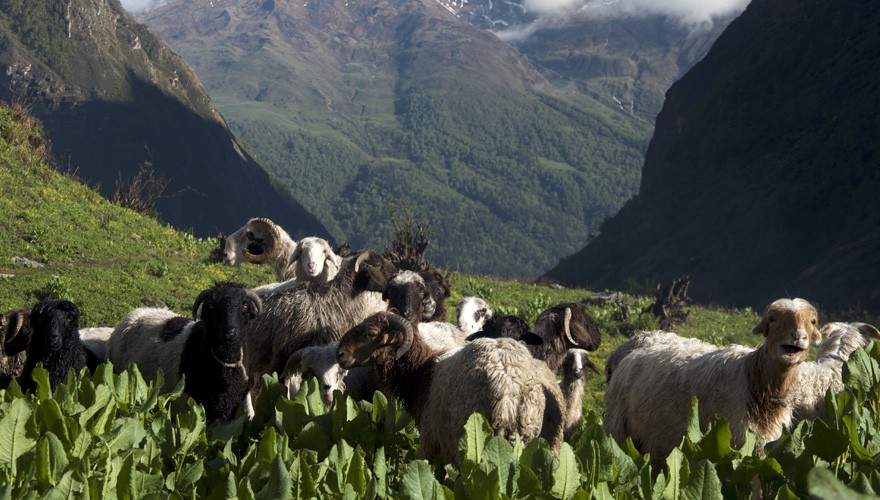 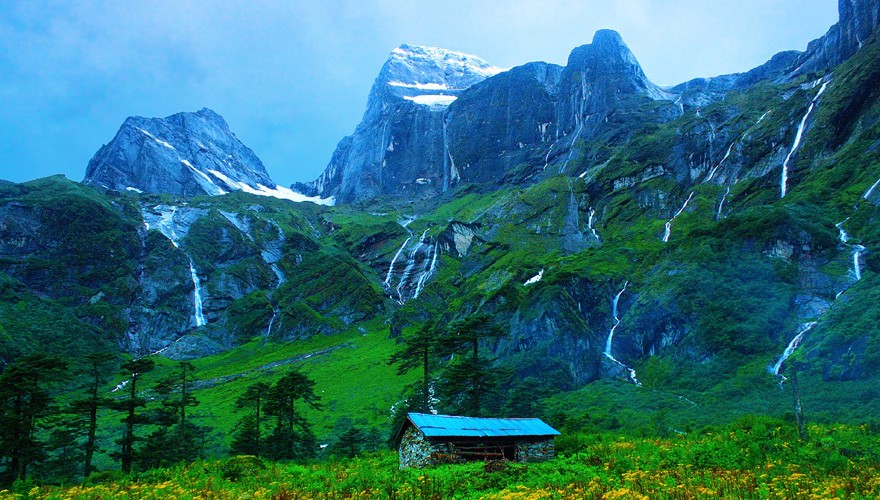 This hidden Himalayan valley is one of the least developed places in Nepal. Nestled in the Sankhuwasabha district, at the base of Makalu (8481 meters / 27,825 feet). Makalu is the fifth highest mountain in the world and throughout the trek, its presence graces the trail.  The Barun Valley Trek is still under the radar for most travelers visiting Nepal. Because of this, you will have much of the trail all to yourself as you walk for days on end through the pristine landscape.
Give your mind a break from the tedium and stress of everyday life and step into the mountains. Focus on the beauty of the little things as you inhale the fresh air and feel the wind against your body. Even the rhythm of your own footsteps will put you at ease.
In the heart of Makalu-Barun Valley National Park, the expedition begins. The trail is full of contrasting landscapes – no two days are the same. High waterfalls cascade into deep gorges, while lush forests lie adjacent to massive rocky outcroppings. In higher elevation, find colorful alpine flowers blooming in expansive fields of rock and rubble.
Much of the trail is completely uninhabited and requires tent camping. Sleeping outside under the shadow of the Himalayas adds an additional dimension of excitement. You will have a closer experience with Mother Nature. Realize that you are not separate from nature, but in coexistence with it.

As the trail climbs from broadleaf forests up to the mountainous shrub and meadow terrain. While embarking on this journey, you will be exposed to the rich diversity of plants and animals in the Barun Valley. Enjoy one of the roughly 3,000 flower plants (including 25 different species of rhododendrons!). Also, be on the lookout for some of the 440 bird species, the endangered snow leopard, red panda, musk deer, wild boar, and more! Certain species are found here and nowhere else in the world, hence its designation by some scientists as a ‘living laboratory’ for scientific research.

At the highest point of our trek, we reach Yangle Kharka (3600 meters) – an alpine meadow decorated with wavering prayer flags. There are some lodges here, or you have the choice to sleep under the light of the stars and moon. After a restful night of sleep, we begin our descent back down through the rugged terrain to Tumlingtar and fly to Kathmandu. Clear your mind and find peace on our Barun Valley Trek trail through the uninhabited, pristine landscape of Makalu-Barun National Park!

Trekking is possible throughout the year, but Spring (March to May) and Autumn (September to November) provide the best weather.  During the Spring, there is a bit more color and the rhododendrons are blooming, and in the Autumn months, the skies are generally clearer.  During the monsoon season, though, there are fewer tourists. Each season has its perks. The Barun Valley Trek requires moderate fitness or acclimatization to avoid acute mountain sickness.