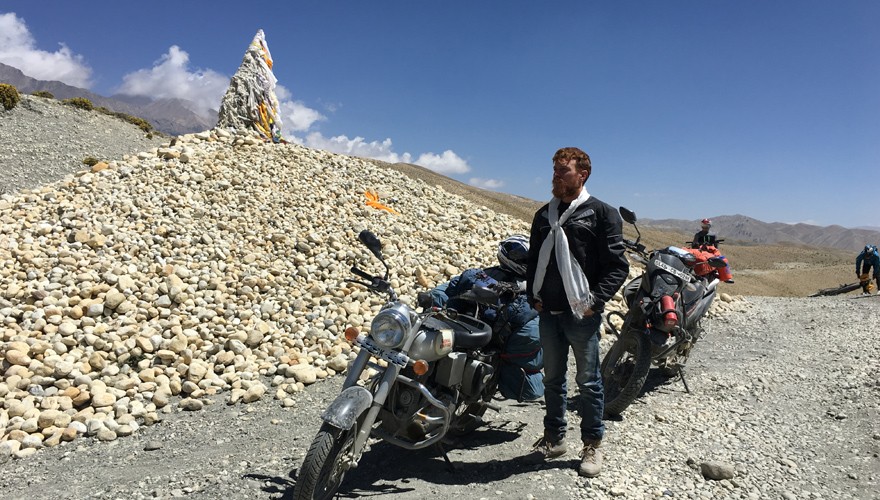 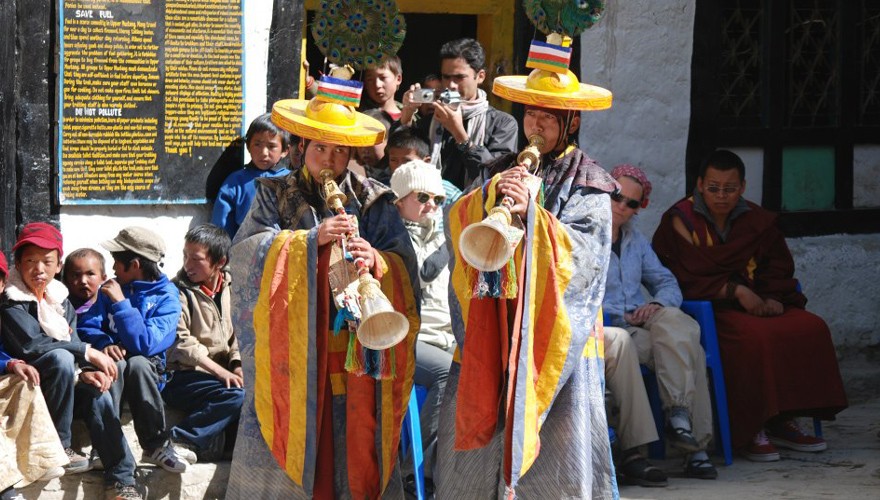 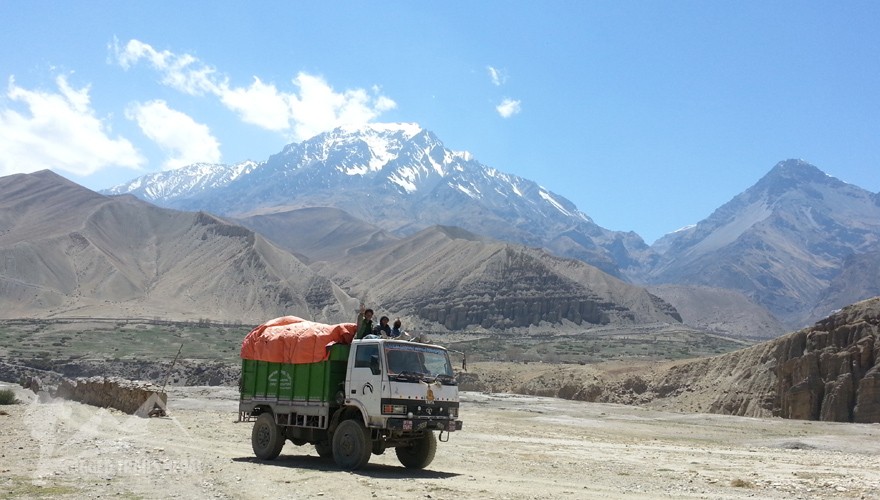 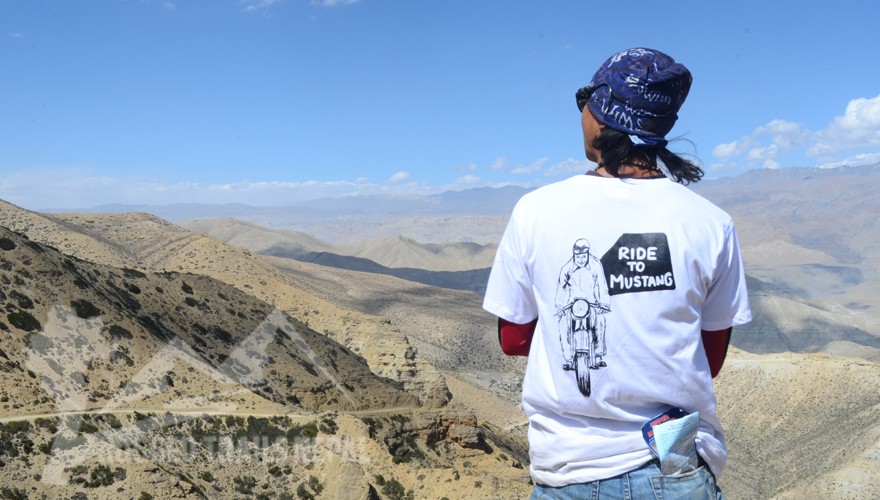 Take a cruise to Upper Mustang, the undisturbed piece of land that saddles the border between Nepal and Tibet. Cover stretches of land in hours that would take trekkers days to complete, while still being exposed to the elements of nature. Imagine yourself, after days of steering your motorcycle around hills and over rivers, making it up to the former Himalayan kingdom of Upper Mustang. All around you are yellow, orange, and brown windswept hills. You feel as if you are on another planet in this foreign land.
Although you will be exposed to some of the tallest mountains in the world, this is not your typical Himalayan experience. The people and the landscapes that they inhabit cannot be found anywhere else in the world. The Mustang area is a true gift to earth and you must see it to believe it.
The exhilarating journey begins in the Kathmandu Valley. In a day, drive through the middle hills, passing terraced agricultural fields and rivers up to Pokhara. Have a beer or snack as you stretch your legs and walk on the shore of Phewa Lake. From Pokhara, enjoy views of Annapurna, Machhapuchhre (Fishtail) and other rugged peaks, which we will be driving closer towards in the following days.
After Pokhara, the paved road ends. The rocky, unmaintained road takes the feeling of adventure to a whole new level. Cruise through forests and villages up to Jomsom, where the desolate desert landscape begins.
Drive-up further through the Mars-like landscape to Lo Manthang – the walled-in, well-preserved capital of Upper Mustang’s ancient kingdom. This is a major highlight of the journey. Wander around the streets of Lo-Manthang and spend time with Lopa’s (natives of the area), who practice a form of Tibetan Buddhism. Explore the monasteries, chhortens and other symbols of their devotion to Buddhism.
Finally, cruise up to the Tibet (China) border before heading back to Kathmandu. If you would like to make this a jeep journey instead, we can arrange that. We organize Mountain Bike Tours in Upper Mustang as well.
Not too long ago, Upper Mustang was only accessible by foot. Nowadays, the expansion of roads has led to more convenient access to this mystical place. For centuries, the Upper Mustang was like an untouched area, both culturally and naturally. Due to the development and other factors, this is changing. Still, though, it is like a living, breathing museum of an ancient kingdom of Lo and its Tibetan culture. Get there before the Upper Mustang region changes anymore!
Are you interested in seeing a grand festival in Upper Mustang? Make the trip during Tiji Festival – a three-day-long celebration in Lo-Manthang to pray for peace to conquer evil. Watch Buddhist monks make music and perform entertaining dances. Tiji is celebrated in commemoration of Buddha’s incarnation’s victory over the demon that caused troubles in the region during ancient times. The dates for 2019 fall in mid-May, ask us for further details.
Although the fee for Upper Mustang is high ($500 USD for 10 days), the value of this trip is priceless. The memories you make during this adventure will never leave you. The kind hospitality of villagers and the out of this world landscapes are unique to this area only. Contact Rugged Trails if you have any questions!