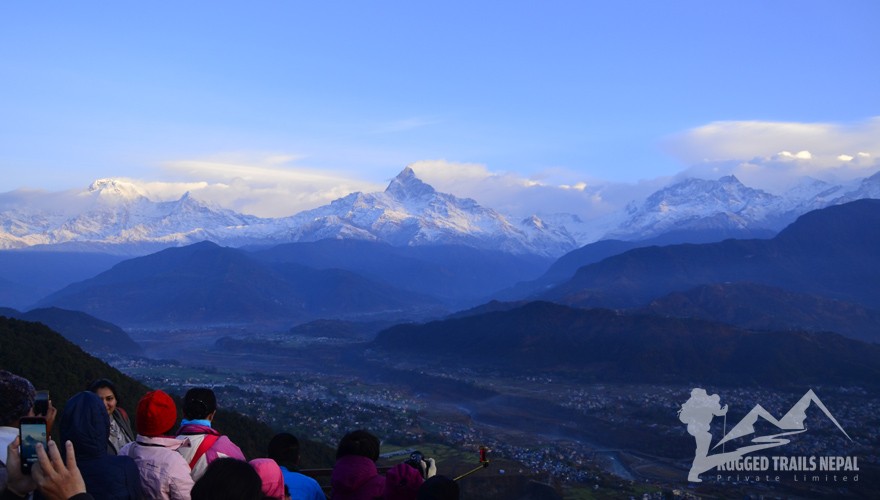 The ancient practice of Yoga, a Hindu spiritual and ascetic discipline, includes breath control, meditation, and adopting specific body postures, which is presently practiced for health and relaxation throughout the world. Yoga comes from Sanskrit Yog to yoke, spirit and physical body together, bringing together individual awareness or soul with the universal consciousness or spirit.

When you arrive in Nepal, it just seems that there is a distinct air of spirituality that abounds within the air. It is, after all, the land of god and goddesses. Travelers describe Kathmandu, Bhaktapur, and Patan as the towns of temples and goddesses. There seem to be more gods than humans here, Despite modernization creeping into these places and concrete jungles sprouting up in sprawly patches all over these cities, they are still dominated by ancient the temple structures that inspire faith in anyone lucky enough to walk its premises.

Rugged Trails Nepal Yoga and Meditation Tour In Nepal starts from Kathmandu with spiritual places. In the yogic culture, Shiva is revered as the first guru or the Adi Guru. He is also known as the Adi Yogi or the first Yogi. He was said to, become ecstatic, dancing all over the mountains or he would sit absolutely still during a state of enlightenment. Without knowing Lord Shiva and visiting the Pashupatinath temple in Kathmandu yoga and Meditation tour will not be complete. At the riverbank in Pashupatinath, we will practice yoga and meditation with the Yogi. You will feel the vibrant energy of this place, in the evening we will attend Aarti Pooja at Pashupatinath Temple. Sadly foreigners are not allowed to go inside the Main Temple but you can feel the spiritual vibration around the Land.

During Lord Shiva's mad bouts of dancing, all the other gods were envious because he was having such an amazing time on the earthly plane. Suddenly, the Gods realized, Heaven wasn't such a cool place after all and that they were missing out, so they decided to get Shiva to let them in on his secret. When they finally got him to teach them his methods, Shiva expounded various types of yogas movements depending upon the level of preparedness of the person who was sitting in front of him.

On this Yoga and Meditation Tour, we will take you to the Mountains and as much as possible you will be staying in Monastery to practice Meditation with Monks. While trekking in Mountain we will be practicing yoga in the Morning and Evening but hotels will be normal. Make sure Nepal Yoga and Meditation itinerary is based on Spiritual places and not just visiting places like other normal tour packages.

Every Year we organize Everest Base Camp Yoga Trek if you love to do yoga on top of the world join us.