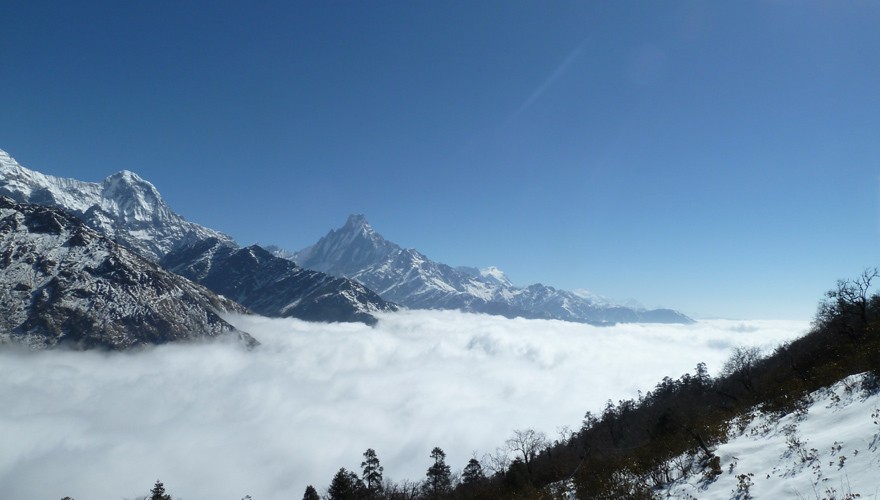 The short Muldai View Point Trek is a Nepal short and newly opened viewpoint in Annapurna region to crisp trekking goal. It's genuinely brilliant and remains at 3640m offers eyes level 360-degree great scene mountain perspectives on Annapurna, scopes of Fishtail, Gangapurna, Lamjung, and assorted variety scenes of encompassing valley. The Muldai Viewpoint itself is found forward east of Ghorepani Poonhill, which is one of the most popular trek routes in Annapurna. The path is created, offers agreeable convenience and warm neighborliness of various ethnic gatherings. Rugged Trails Nepal structured the outing for 4 days including Ghorepani Poon Hill viewpoint.

The short Mudai View Trek plan starts from Pokhara city and ends in Pokhara but we arrange from Kathmandu too. Rugged Trails Nepal is one of the leading trekking companies in Nepal for creating new short trek packages around the Annapurna Region and other places.

Many people ask which is the best viewpoint to see Annapurna Ranges from lower elevation?

A few years back the answers would be Ghorepani or Dhampus but now after discovering Muldai Viewpoint, we are saying Mulde is the best viewpoint and it’s better than Ghorepani. We are not comparing the trips but after receiving reviews from our customers, they loved Muldai Viewpoint. However, on this trip, we have covered Ghorepani Poonhill which is a short circuit trek to enjoy and explore the majestic Mountain views.

What makes unique to trek to Mulde Hill?

Mulde Hill trek is less crowded than other trekking routes such as Ghorepani, Dhampus, Ghandruk, etc.. However we will pass through Ghandruk village but we will not stay in this village. You'll witness many various ethnic groups and their exceptional culture and tradition; and captivating splendor of snow-capped mountains. For Photographers the hills and rhododendron forested ridgelines that offer an enthralling view and could be the best spot. During the spring this trail will be colorful with the Rhododendron flowers.

If you want to skip Ghorepani and just want to enjoy the peaceful hike than Rugged Trails will customize the short trek up to Muldai or Mulde viewpoint. By doing this Mulde viewpoint trek will be for 2 days from Pokhara.

The 4 Days Muldai Ghorepani Trek price is per person and exclude single rooms. The below dates are for the group departure. If the dates are not suitable then please drop us a short message and we will happily customize your trip on dates more appropriate for you.  You booked means you are going!