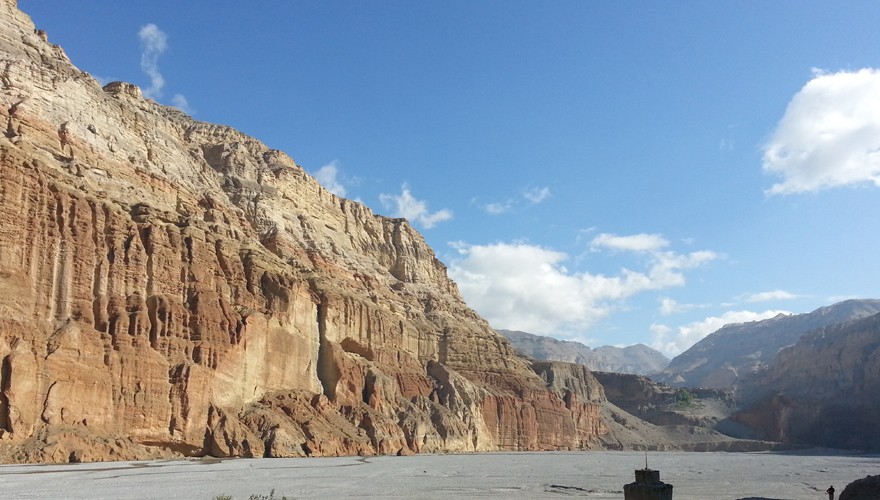 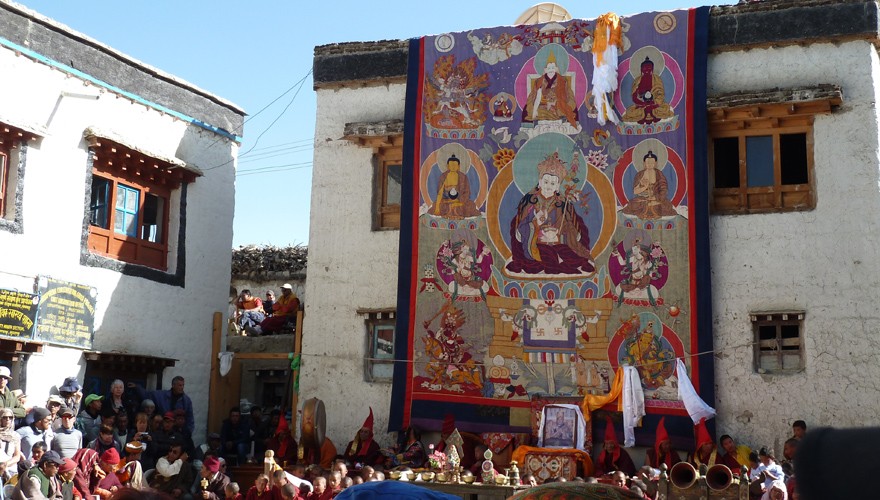 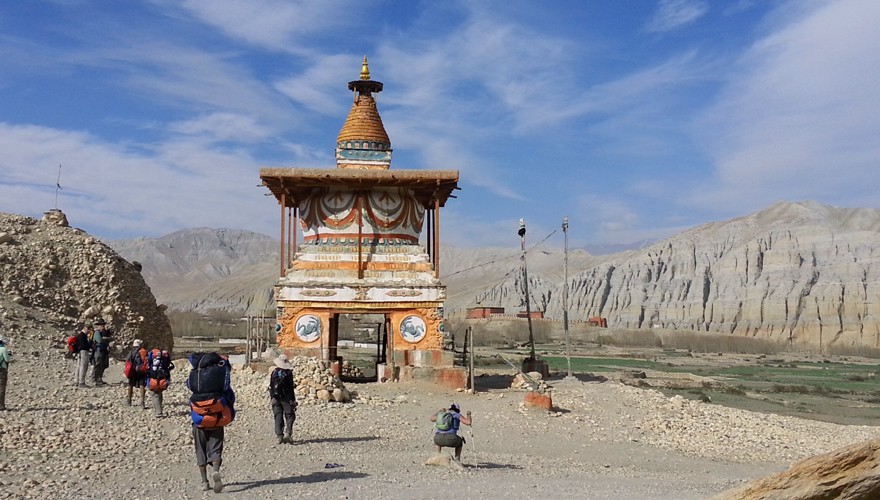 Without a doubt, the Upper Mustang Trek is among the top trails in Nepal. Our country is widely known for the high alpine trekking, which is why the Upper Mustang trail is so notable. Yes, you still get the views of towering peaks and rugged ridges, but this path gives you much more than that. The ethnic groups and landscape of the Upper Mustang region cannot be found anywhere else. To this day, many locals carry out a traditional way of life, including the way in which they practice Tibetan Buddhism.

On a map, the trail lies just meters below the border with Tibet. Hence, the area is heavily influenced by Tibetan Buddhist and those who inhabit the area are ethnically Tibetan. The area is technically a ‘restricted area,’ meaning that the permit to enter is costlier and the number of visitors is limited. You will realize when you arrive, though, that this designation is justified. The atmosphere of the region is as if it is frozen in time. You will be awe-struck by the reddish cliffs and barren landscape immediately surrounded you, with the colossal Himalayas in the distance.

The trail begins with a gorgeous flight from Pokhara to Jomsom, along with the banks of the Kali Gandaki River Valley. This valley lies between Annapurna and Dhaulagiri, making it the world’s deepest. On the way to Kagbeni, we pass lush agricultural fields and desolate hills. The scenery is wide-ranging. In the springtime, bright rhododendron forests stick out amongst the rocky cliffs and desert-like trail.
Soon, we reach the ancient kingdom of Lo-Manthang, the capital city of the former kingdom of Lo, as well as a major highlight of the trek. Surrounded by a long brick wall, the seemingly middle-of-nowhere city houses about 6,000 Lo’s (natives of the area), along with several monasteries and medieval palaces. Become fascinated by the stupas, mani walls, chhortens, and the pure devotion of the villagers to Buddhism. After exploring the city, we trek back down to Jomsom and fly to Pokhara.

Fill your spirit with the natural energy of the Upper Mustang region. You will truly feel as if you are in a faraway land. Come check out this exclusive trekking area and you will not be disappointed!

If you can make the trip during the Tiji Festival, you absolutely should! It is a three-day-long festival celebrated in Lo-Manthang to pray for peace to conquer evil. During this time, Buddhist monks make music and perform entertaining dances. It is celebrated in commemoration of Buddha’s incarnation’s victory over the demon that caused troubles in the region during ancient times. Come check it out if you can! The dates for 2020 fall in mid-May. Tiji Festival 2020 Trek Itinerary and Price

Fortunately, Upper Mustang lies in the rain shadow. Because of this, even the monsoon season (June-August) allows for great trekking. All year round, trekkers can enjoy the pristine landscape of the Upper Mustang region. Still, the spring and fall are the best seasons simply because the skies are generally clearer then. 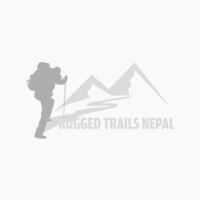 Three days of the Tiji Festival is a ritual celebration as a spring renewal festival at Lo-manthang. Tiji Festival is the major attraction of Upper Mustang besides of the landscapes, and beauty.  If you are curious and looking for Festival Trek in Nepal then Tiji ...

The weather and climatic conditions of Mustang are a little predictable. This region has very little rainfall and the wind blows during the afternoon than at other times of the day. Come and join us as we will enliven your interest. Rugged Trails Nepal will assist you in this place, where the friendly welcoming people of this area will only make this experience to this region one that will make your return back with their unique sense of tradition and culture.

Nirajan, Dipak, and Lalit took excellent care of me. It was an exciting and genuine adventure that exceeded my expectations. Nirajan also took great care of me before and after the trek. I would highly recommend Rugged Trails Nepal. Brain did the Upper Mustang Tiji festival trek and later on, he joins with us for a one-night homestay weekend trip.

I went on a trek with Nirajan of Rugged Trails and it was one of the greatest experiences of my life. Very professional from the time he picked me up at the airport until he dropped me off 18 days later.