After arriving in Pokhara the majestic mountains will automatically pull you higher and higher to feel the thin air. It doesn't mean that you have to trek the number of days to see the mountains but you can't stop to be close to them. You must have been thinking of trek in Nepal but which and where to trek. Almost every single travel blogs and people suggest the same treks because all the treks are Travelers' favorite choice. There are many other treks that are newly opened from Pokhara but Rugged Trails Nepal listed some of the top best treks for 2021 and 2022 from Pokhara.

Most of the below suggested trekking routes itinerary can be customized as per the length of your holidays. Even in commercial trekking routes, there are some unique parts that are hidden and travelers are unaware of that. Rugged Trails Nepal is flexible on Trip departure dates and also with the experienced culture mountain guides will lead the trip.

Things to do and see in Pokhara

Don't waste your time searching the same trips here and there definitely, the price will be a difference but have you thought about the quality of services?

The clear thing, You will get what you paid for... Price matters with guides' experience, their languages, foods, hotels, and information. In cheap budget trips, you will be walking with a porter whose language will be better than your Nepali language. The adventure town Pokhara offers many popular trekking routes such as Ghorepani Poon hill, Mardi Himal, Khopra Danda, Dhampus village, and Annapurna Base camp. Scroll down to learn more about the Top Best Treks from Pokhara.

Many people are confused with Annapurna region treks but all the trekking trips which we have suggested below is in Annapurna Region. Pokhara is the starting point or we can say after reaching to Pokhara from Kathmandu, Chitwan or from anywhere then we begin our trek to annapurna. We will add other newly opened trekking routes from Annapurna region soon.

Ghorepani Poon hill trekking is one the best-selling short treks from in Nepal for all kind of Hikers. Ghorepani trekking is known as Poon hill trek too and it can be done within 3 days too but we suggest for 4-5 days trek through Ghandruk Village. Ghorepani trek is famous for Mt. Annapurna, Dhaulagiri, Fishtail and other mountain peaks. Poonhill offers the best sunrise and sunset. Ghandruk village is another attraction for trekkers to learn about the Gurung People cultures and lifestyle.

The exciting part of Poon hill is how we can drive up to Ulleri and can reach Ghorepani within 1 day after 4 hrs. We call that Poon Hill on Drive Trek 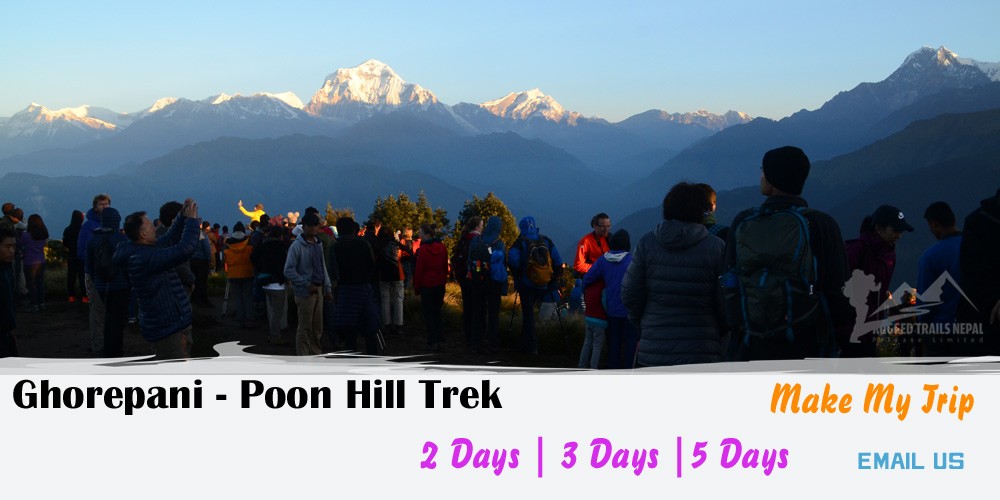 Annapurna Base camp is another world's most classic trek routes in Nepal Himalayas lead you to the foothills of Mt. Annapurnas. Comparing to other challenging treks such as Everest Base Camp and Annapurna Circuit; Annapurna base elevation is lower but offers the stunning views of Annapurna Ranges and Fishtail. On this trek we can see Mt. Annapurna I, Annapurna South, Machapuchher (fishtail), Hiunchuli, and from Pokhara we can see Mt. Lamjung ranges, and Mt. Dhaulagiri peak. 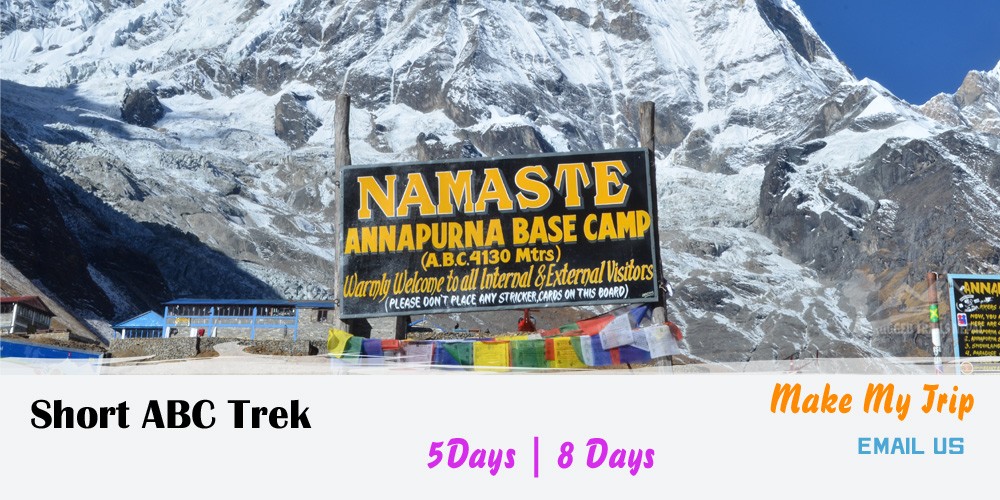 Mardi Himal is situated just east of one of the most popular Annapurna Base Camp Trek, and Mardi is a hidden gem. The short Mardi Himal trek route is moderate and it's not difficult like other classic trekking routes. Most have to walk through the rhododendron forest up to Badal danda. Mardi Himal viewpoint offers the magnificent view of Mt. Fishtail, Annapurna South, Hiunchuli, Mardi Peak and other Annapurna ranges.

For a landscape photographer, the Mardi trek route is one of the best and short trips. Interested in yoga in the Mountains? Join our Mardi Himal Yoga Trek 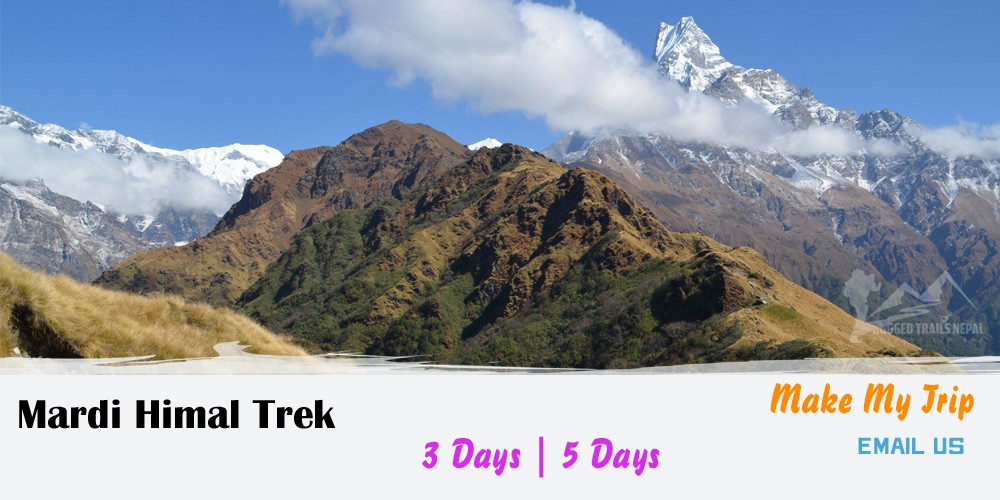 Short Khopra Danda trekking route is newly open trekking routes in the Annapurna region. We can see the stunning Himalayan panorama view of Mt. Dhaulagiri, Annapurna (I, II, III, and south), Hiunchuli, Machhauchhare, Lamjung Himal, and Nilgiri. The viewpoint Khopra Danda elevation is 3460m and the day hike Khyaer lake height is at 4660m. If you want to do a day hike up to Kyayer lake then it's worth full of visiting. 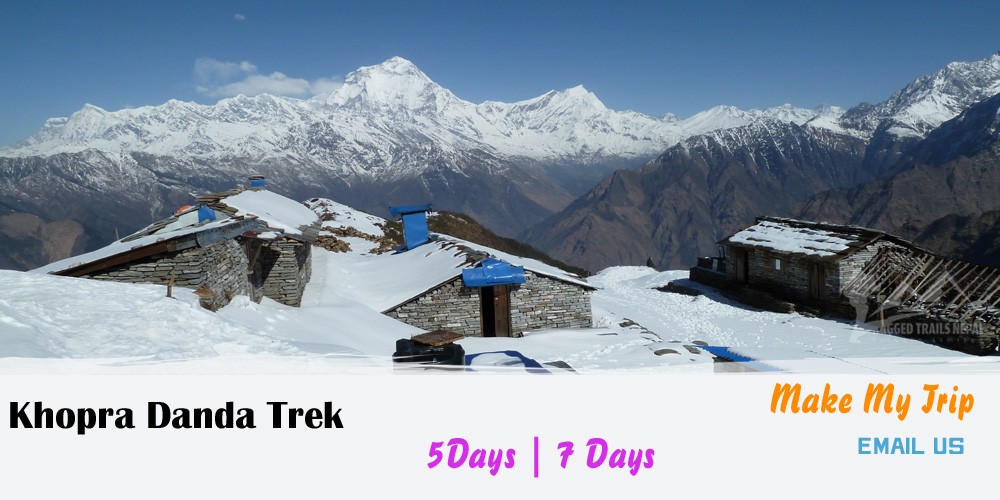 For children, family tours and slow hikers, Short Dhampus village trekking is one the best hiking route from Pokhara. Dhampus village is at 1600m and the inhabited of the warm-hearted and hospitable Gurung people. It's an easy mountain to ascend, in terms of climbing technicalities. From Dhampus we can see Tukuche peak, Dhaulagiri, Fishtail and other peaks. This hike can be extended up to Pothana village and Australian Camp or most popular for day hiking trip from Pokhara. 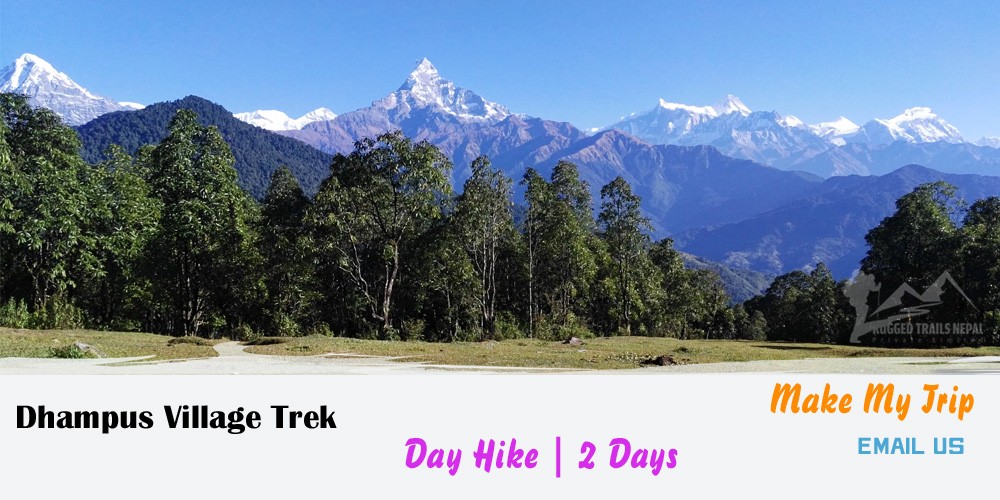 Upper Mustang is the last forbidden kingdom of Nepal and also known as Little Tibet. Upper Mustang is the antique and historical Tibetan Buddhism land in the northern part of Nepal in Annapurna Conservation. Upper Mustang Trekking can be organized from Pokhara but the Mustang Trekking process is the same and also the permit cost 500$ per person. Nepal Mustang trekking best months are March, April, May, June, July, August, September, October, November, and December. To Trek in Upper

Mustang, there must be 2 people to issue the Mustang Trek Permit.
Rugged Trails Nepal organize Group tours so if you are interested in the trek in Mustang you don't need to worry about the Mustang Permit. Upper Mustang is an amazing and unique place for Landscapes, Himalayas, Cultures, Kaligandaki River, and Buddhist Monasteries, Ancient Caves. In the Upper Mustang, Tiji Festival is another attraction of Mustang which is celebrated every year in Lomanthang. Check our blog for more details about the Mustang Tiji Festival and Trek Plans. 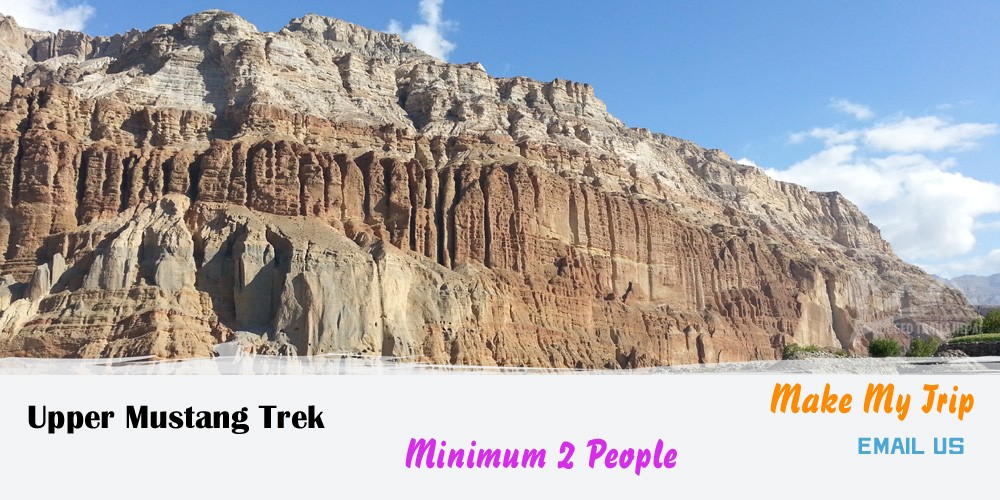 Newly opened and fewer people know about the Moharedanda Trek. This is an alternative trekking route of Ghorepani Poonhill with the great views of Mt. Dhaulagiri, Annapurna, Fishtail and other Mountain rages. Short Mohare Danda Trek is perfect for those hikers who want to explore typical Nepalese lifestyle, homestay experince and the 2 great viewpoints Mohare Danda and Ghorepani.

Very few people know about the Muldai or Mulde viewpoint in the Annapurna region. When it comes to the short trek list Ghorepani Poonhill is always on top but now Muldai could be another best viewpoint in the Annapurna region. The view from Muldai hill is just magnificent and trekkers are saying Mulde is the best viewpoint than PoonHill. Rugged Trails Nepal one of the best treks from Pokhara to Ghorepani via Muldai Viewpoint. 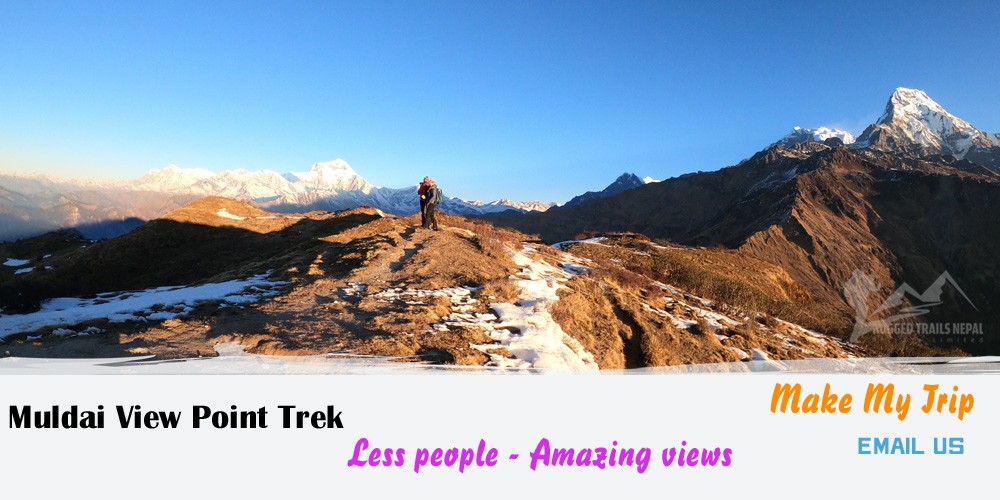 Combined 2 beautiful treks trip plans from Pokhara, Ghorepani, and Mardi Himal Trek via Ghandruk Village. Rugged Trails Nepal newly designed trip plan which actually covers the 2 best treks within 7 days from Pokhara. For more details about the short Ghorepani Mardi Himal Trek click on the picture which takes you on the package details. 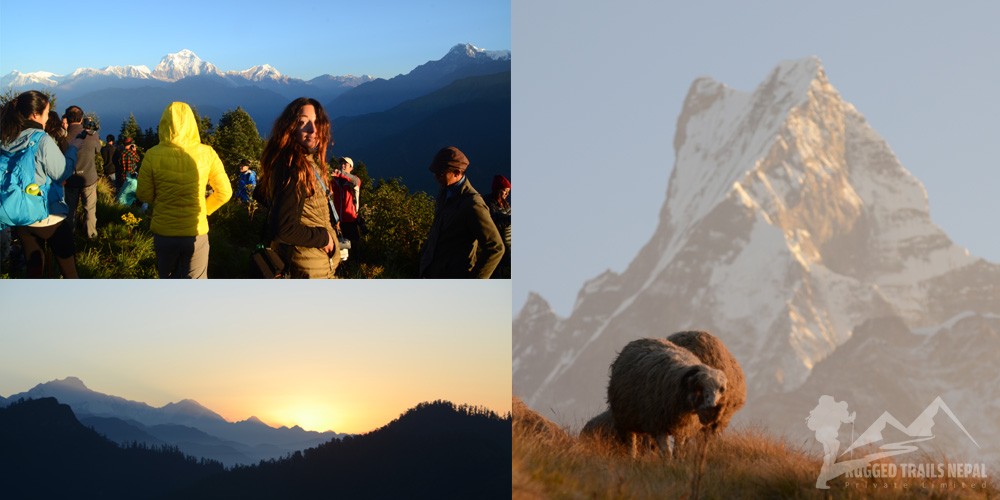 Watch the video for the views of the best treks which start from Pokhara. Sounds exciting right? Write us your travel dates and plan we can make trailor-made trips too, we start taking trekking bookings for 2021 and 2022.