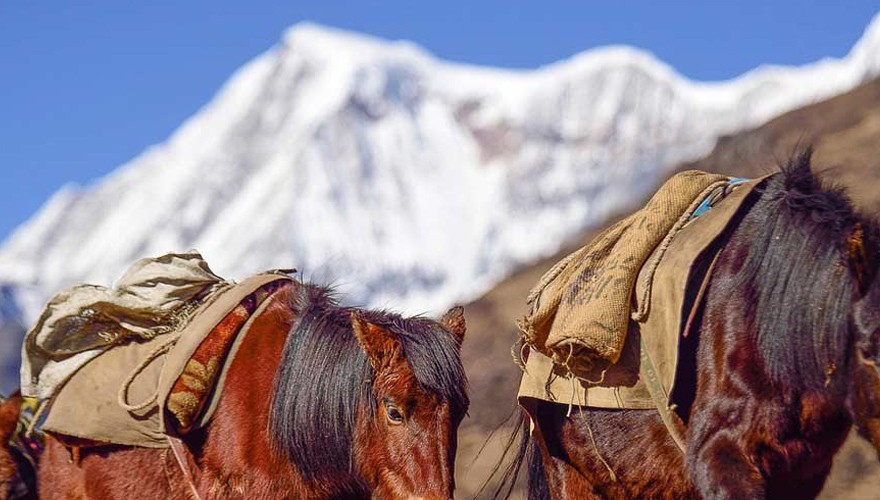 Bhutan Yaksa Trek is a wonderful trek journey that is not too long and beautiful sceneries can be seen during the trekking. This trekking trail has a lot in store as one can come and measure with their footsteps to enliven the experience of the Yaksa Trek. This trek also offers the spectacular scene of Alpine Beauty with views of some famous high peaks.

The trekking starts after arriving in Paro then Hike to Taksang (Tiger Nest). One can have an opportunity for sightseeing the Paro valley by the steep footpath through beautiful pine forest, many of the trees festooned with Spanish moss, and an occasional grove of fluttering prayer flags. Reaching to the Drukgyel Dzong (2,580m) and with a gradual climb, the trail follows the Pachhu (Paro River) passing beautiful meadows, paddy fields, and impressive farmhouses. Then, moving ahead one reaches to Shana and to Thangthangkha. Further ahead, one comes to Jangothang which has a perfect environment for the acclimatization before one goes over the high passes. From here you can see a line of great peaks on the horizon; Chomolhari, Jichu Drake, Tsering Kang and much more. There are herds of blue sheep in the area. Passing through the trials ahead, one comes to Yaksha village; with the entire natures tribes, one gets an opportunity to go throughout the different aspects of the trek.

One should come and rejoice the trekking journey to Yaksa. The pleasant and amazing feeling one got to live on this trial is just out of the world. Come and join us and we will serve you the best holiday as a once a lifetime memory.